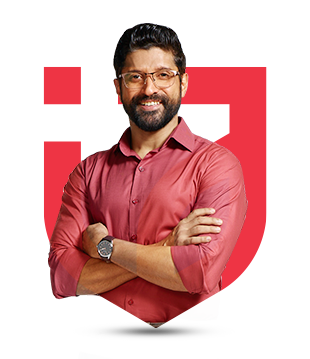 **Tax benefits are subject to changes in Income Tax Act.

Do you smoke or chew tobacco?

What Is A Critical Illness Rider?

The rider financially protects the policyholder and their family by providing a lump sum amount on critical illness diagnosis. The amount received can be used for covering the treatment of the diagnosed illness. Offering additional coverage at a minimal additional price, the critical illness rider helps the life assured get their medical expenses sorted without worrying about financial stability or compromising on the treatment quality due to lack of funds.

The critical illness rider can be purchased during the policy inception or on any subsequent policy anniversary of the base policy. The rider terminates once the rider sum assured has been paid or on the completion of the policy term of the rider, whichever is earlier.

The rider comes with the advantage of tax benefits as per the Income Tax Act, 1961.

Healthcare costs in India have been on the increasing end for the past few years. Expenses associated with the treatment of critical illnesses are enough to let one’s savings go down the drain. In such a scenario, a critical illness rider above a term insurance plan can easily help one manage their treatment expenses without losing their savings.

The eligibility criteria for Critical Illness Rider is as follows:

While registering a claim for critical illness rider, the documents to be submitted include:

Some of the key exclusions under critical illness rider include:

Critical Illness Rider is not a compulsion, but a choice. If you think you would get a massive support from buying a critical illness rider with your term insurance policy without any doubts in mind.

What users are saying

Reach us for help anytime