Home Bike InsuranceNewsHow To Calculate The IDV Value of A Two-Wheeler?
0
Share

How To Calculate The IDV Value of A Two-Wheeler?

The term "Insured Declared Value" refers to the market value of your two-wheeler.. IDV is only available under the ‘Comprehensive two-wheeler Insurance Policy.' IDV measures the two-wheeler's depreciation based on the "manufacturer's requirements" or "the price the manufacturer prices your two-wheeler at," not the value you would sell it for later. 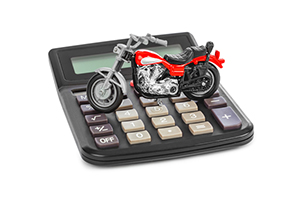 What Is IDV In Two-Wheeler Insurance?

After depreciation, the insured declared value of your two-wheeler is what it is worth in the market. Let's take a simple example: let's assume you spend Rs 1 lakh on a brand-new two-wheeler (excluding the cost of registration, road tax, insurance, accessories et al.). Since your two-wheeler is brand new, your IDV at the time of purchase will be 1 lakh.

How To Calculate The IDV Value Of A Two-Wheeler?

So, another year has passed, and it's time to renew your cherished two-wheeler's insurance once again. The majority of us simply pay the insurance premium and move on. But do you know how much your two-wheeler is worth in total? Do you know how much money you'll get back if your motorcycle is stolen or, worse, ruined beyond repair?

The formula for calculating your IDV is straightforward: It's the two-wheeler's ex-showroom price/current market value minus depreciation on its parts. The IDV does not contain the costs of licencing, road tax, or insurance. In addition, if attachments were added later, the IDV of those parts would be determined separately.

What Factors Are Considered In Determining A Two-Wheeler's IDV?

Since your IDV represents the market value of your motorcycle, the following are some factors considered when determining the IDV:

How Do You Find Out The IDV Of A Two-Wheeler That's Over Five Years Old?